The Internet censorship law came into force in Russia 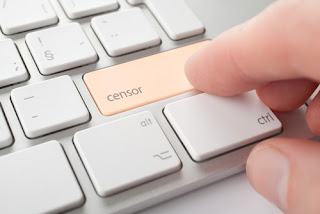 In November 2012, Russia passed a law allowing the government to establish a blacklist of given websites which could pose a danger to children mostly. The Russian government can thus decide to block access to certain websites to all of its citizens, from the moment it is considered that the site offers content that poses a risk to the safety of children or people who can be easily impressionable. Target sites are those that address issues of suicide or encourage children to imitate dangerous acts for their health and the life of others.

But this law creates problems for Google and its YouTube service which has appealed against the law last February, after YouTube has been blocked, due to the release of a video with a girl showing how to make a makeup to pretend to have made a suicide attempt.

The Russian government said that the law applies only to avoid disturbing and dangerous excesses of the Internet. This law has already led to the blocking of several websites dealing with drug use, suggesting pornography, how to make explosives, or advocating suicide.

This does not have unanimous support in the country: YouTube and more specifically Google believes that the law is as a way to pressure Russia to impose filtering or negotiate financial posing the threat of blocking service. Various journalists have criticized the law by describing it as absurd, dangerous and totally unnecessary. Possible abuses of this law to increase government censorship have raised concerned among people who are for the freedom of expression in Russia.

To avoid censorship and be able to access to the websites of your choice, choose a VPN service that makes your Internet connection completely anonymous. You will just have to select a VPN server in one of 12 countries. You can access blocked websites and in the same time protect your activity on the Internet, through a secure VPN tunnel including a virtual military encryption. Le VPN Installation is simple and takes less than 2 minutes. Just buy today a VPN service or test our free VPN offer .