The launch of international cooperation against cybercrime 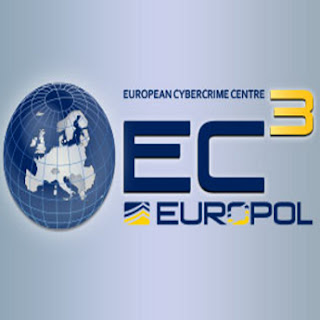 As soon as a new innovation emerges, small and large criminal organizations, international cooperation seize it and divert it to their own benefit. This is also what happens on the Internet: criminals have instantaneously realized that they could enjoy a playground without borders, hence without limits. Indeed, since the rules are not harmonized between countries, the police from each country struggle to organize themselves to counter cybercrime. The launch of the Centre against cybercrime (EC3) based in The Hague in January is a step towards greater international cooperation. Even more that the United States are committed to seriously cooperate with the EC3.

EC3 designers have made it clear that they do not intend “to solve crimes instead of national policies, but to offer expertise to coordinate investigations and information”. EC3 has been allocated a budget of € 4.6 million for 2013. It is a priority for organizations that track marketing images of pedophilia, engaged in phishing and online scams. As suggested by one of EC3 officers: “cyber criminals will always have an edge because by nature, they have more money than us, more resources, they do not have the legal limits that we and then they are greedy … Our role is to bridge this gap as much as possible. ”

Indeed, the task is huge. In 2011, in France alone, over 10 million people may have been a victim of cybercrime. According to the annual report of Symantec “the total bill is estimated to have reached 2.5 billion euros, which means an increase of 38% compared to last year. The financial loss by victim is estimated to be on average 247 euros, 57% more than the global average. ”

Cybercriminals intervention methods continue to develop, whatever their motivation is: pedophilia, financial crime, etc … Due to these criminals are getting increasingly professional in a business without borders, national police of the countries where these attacks occur are overwhelmed. In France, 600 policemen, specially trained in new technologies, monitor daily exchanges over the Internet. In the UK, where the digital economy is booming – representing 8% of GDP, the government has invested over 4 years more than 800 million Euros to fight against cybercrime and has further increased its funding of 78 million Euros last year. But this is little, compared to the tremendous task ahead and global dimension of cybercrime. An early international cooperation has kicked off: on the sidelines of the inauguration ceremony of the EC3, an agreement between the EC3 and ICE (United States Immigrations and Customs Enforcement) was also signed. Both parties intend to join forces in the fight against cybercrime and aim at sharing technical assistance, having joint training and exchanging relevant information.

In parallel, some authorities are complaining about the lack of responsiveness of Internet operators, particularly big American groups, such as Facebook, Google, Apple or Microsoft, whose network of agents does not grow as fast as their virtual network. Thus, Twitter has not even a single representative in Europe. And this is a source of difficulties for the legal treatment of criminal cases: response times and other administrative complications cannot lead to effective investigation actions. Anyway, as told by a police source, operators do hide behind the First Amendment of the U.S. Constitution, to systematically deny any request to support in identifying perpetrators of any action supporting racism or terrorism.

To protect your hardware equipment and Internet connection against cybercrime is essential. The VPN technology allows you to establish an encrypted VPN tunnel to a host (or server) on the Internet. You can surf anonymously, without restrictions. It thus becomes impossible for others to intercept your traffic through our VPN server. And your Internet activity cannot be tracked

Le VPN has several servers located in different countries, which you can connect to easily. These servers allow you to hide your IP address and to keep all your personal information secret, regardless of how you connect to the Internet: open public network, Wi-Fi, cyber cafe …