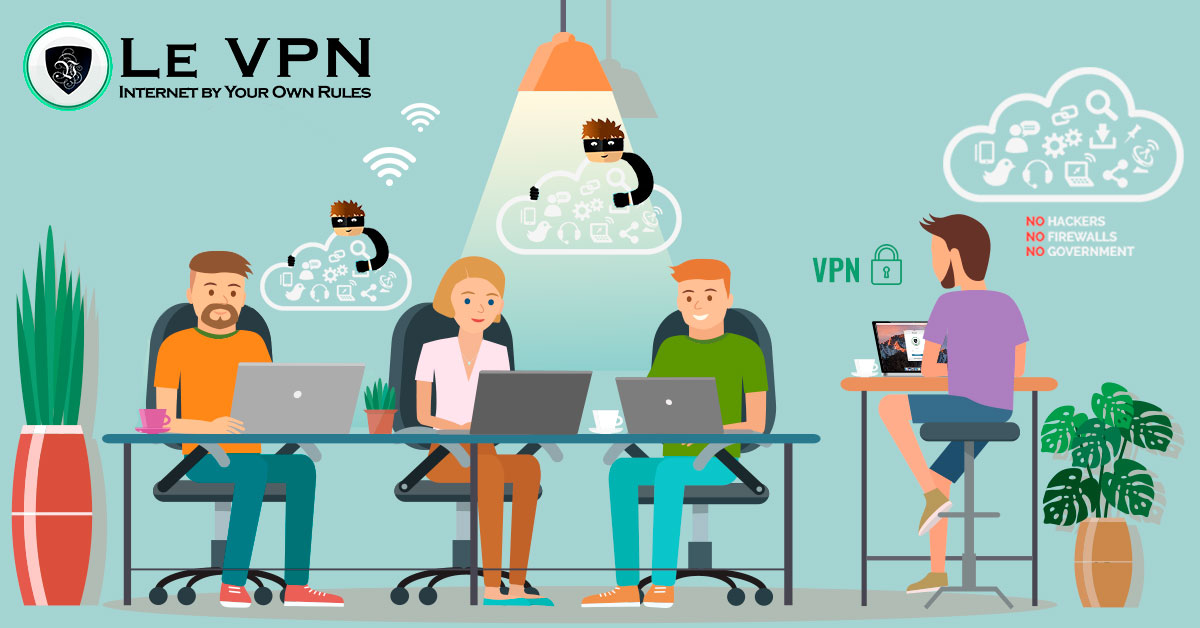 You can get more and more free Wi-Fi hotspots available in cafes, hotels and airports… what cybercriminals love as it makes it even easier for them to access to your data through them! For the last 10 years, cybercrime has become more professional and has indeed become a “real industry”, seeking profitability. The volume of Internet users who use free Wi-Fi hotspots is an ideal prey.

The travel industry has adapted to meet the new digital needs of its clients: hotels, restaurants and transportation services have thus evolved to offer accessible and free Wi-Fi services. Indeed a study shows that over 25% of travelers announced they will not want to stay in a hotel which does not offer Wi-Fi access! Technology is no longer a luxury: it became in fact a matter of survival for hotels especially. Face digitalization, institutions had to equip themselves, sometimes quickly, with new technologies which are often unfortunately poorly controlled. It is therefore not surprising to see that security problems due to free Wi-Fi have rapidly arisen in many hotels, whether they are basic or luxury hotels.
Even though they are deployed in private facilities, Wi-Fi hotels remain public access points. As such, they are even sometimes completely opened. In hotels, the connection process, which requires, in general, to confirm one’s identity and room number, offer reduced network access but does not encrypt communications. Above all, it guarantees no privacy. Would this mean that your data when using this kind of access are available to everyone?

Without darkening the picture, your data are suddenly of easy reach to any criminal with even limited software piracy skills. And these are very simple to use and also available free on the internet.
How cybercriminals behave: they only need to be positioned virtually between the user and the connection point in order to access to all the data passing through the network (emails, passwords, banking password to access all an internet user’s accounts). A more complicated method is the use of an unsecured Wi-Fi for propagating malware: there cybercriminals create such malicious false windows that invite the user to update legitimate Windows software for example.
In 2014, a network of cybercriminals had used Darkhotel Wi-Fi to infiltrate a group of luxury hotels and be able to spy some prestigious clients. A year later, the activities of these criminals are still going on to smuggle data business leaders and dignitaries whose data had been captured. Many users think they are not at risk because the information they exchange on the Internet do not deserve to be hacked. However, the profitability of an attack is also based on the number of victims. How of the 30 million customers welcomed in French hotels every year, only 20% are business customers. The other 80% of leisure travelers are an attractive financial windfall for cyber criminals seeking profit.
In some cases, a fraud on the Wi-Fi network can also expose the hotel itself, allowing access to its network. Example: if an international hotel chain with a centralized and automated management system suffers a break into the network, this could cause a massive data stealing of confidential data or bank information.

All hotels, regardless their size or category, should so respect some simple rules: to have a specific access for each client on the network, to use encryption technologies and to install professional security solutions. Moreover, the Wi-Fi network available to customers should never be connected to the rest of the hotel’s computer system, to avoid that the network can be so contaminated.
So go for Wi-Fi with passwords for an added security layer. And above all, use a VPN service that will hide your identity, protect your privacy and keep you safe.
Le VPN is the best VPN even when using an unprotected Wi-Fi. Indeed, Le VPN encrypts the Internet connection of the user with a powerful military encryption system that no one can hack, even using public Wi-Fi networks in hotels but also in airports, train stations, cafes and other hotspots.