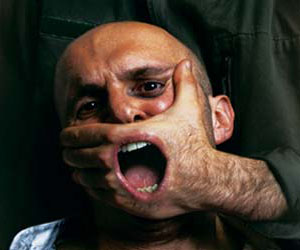 A non-profit organization Reporters Without Borders has found a new way to fight Internet censorship. A new website allows journalists to publish their critical materials that may be banned in their countries by their government.
The web platform WeFightCensorship.com gives an opportunity to any journalist to anonymously publish an article without any risk of future court charges in the countries with Internet censorship. “We believe that there has to be a platform to publish stories that are being censored in the very countries where they should be published,” said a representative of RWB in Germany Mr. Matthias Spielkamp. The resource is primarily aimed at the journalists who are not allowed to publish their materials in the internet, TV, radio and newspapers of their countries.
It is obvious that any banned content is always in the highest public demand. In the same way as it happened with a photo of Kate Middleton topless, prince Harry during his crazy vacation in Las Vegas – these photos were on the web only for several hours but it was a real explosion of interest for Internet audience. RWB is planning to follow the same principle for the distribution of banned content on their website. Although Mr. Spielkamp has also clarified that WeFightCensorship.com is not aimed at “yellow press”. The project is financed by European Union and by different non-profit organizations and donations.
RWB promises to assure a maximum security level to the journalists, but warns about potential negative consequences of such web platform in authoritarian countries. RWB representatives advise to journalists to submit their materials only through this website and not try to create a similar website in the countries with limited Internet freedom to avoid potential charges in their countries. Another way of online protection is a use of VPN, that encrypts all the data transfers and browsing history. The team of WeFightCensorship.com promises full confidentiality and zero censorship on their website.