EU to strengthen its sanctions against cybercriminals 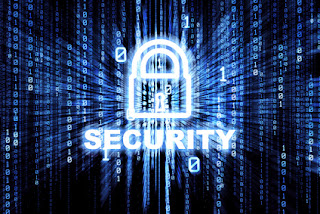 EU needs to strengthen its sanctions against Cybercriminals and will be subject to stricter European sanctions under a draft directive adopted by the European Parliament on July 4th.

For several years, cybercrime cases have continued to grow, thus getting more intense and diversified on a more global scale and this is why there are more sanctions against cybercriminals. The cyberspace allows criminal or even terrorist actions to be carried thousands of kilometers from the victim.

The European Parliament has adopted a draft directive strengthening penalties for the perpetrators of cyber-attacks or cybercrime. To be fully implemented, this text must still be voted on by the European Council. It leaves Member States free to set their own prison sentences for perpetrators of cybercrime, which should be worth a minimum of two years for the following cases, The sanctions against cybercriminals are:

• unlawful interference in these systems

States also have to determine “minor” cybercrime actions to be excluded from the scope of the directive, e.g., reporting a security breach. A prison sentence of at least three years could be incurred when using botnets – in the context of an attack to gain remote control of a significant number of computers via spyware.

Finally, the maximum sentence for attacks against critical infrastructure (nuclear power plants, transmission and government systems) could be at least five years’ imprisonment. The same shall apply in the event of an attack committed by a criminal organization that would create serious damage.

And companies are not left out, as they would also be liable for offenses committed for their benefit (e.g. when they requested a hacker to gain access to a competitor’s data). They will be held criminally liable for such case.

This directive is based on measures that are already in force since 2005. Once this legislation is passed, the Member States will then have two years to transpose it into their national law.

With a VPN, you can significantly increase your online security. Your Internet connection is encrypted with a secret level that protects you against hackers and those who try to access to your sensitive information.

Your computer is hidden behind Le VPN servers: any external malicious action, such as virus and network attacks are rejected by Le VPN servers. And when you are connected to your VPN service, no one can access your computer without going through Le VPN secure servers.

Le VPN helps you keep your connection hidden, while surfing the Web. But it also means that all traffic is routed via Le VPN security, protecting all your software and hardware running on your network.