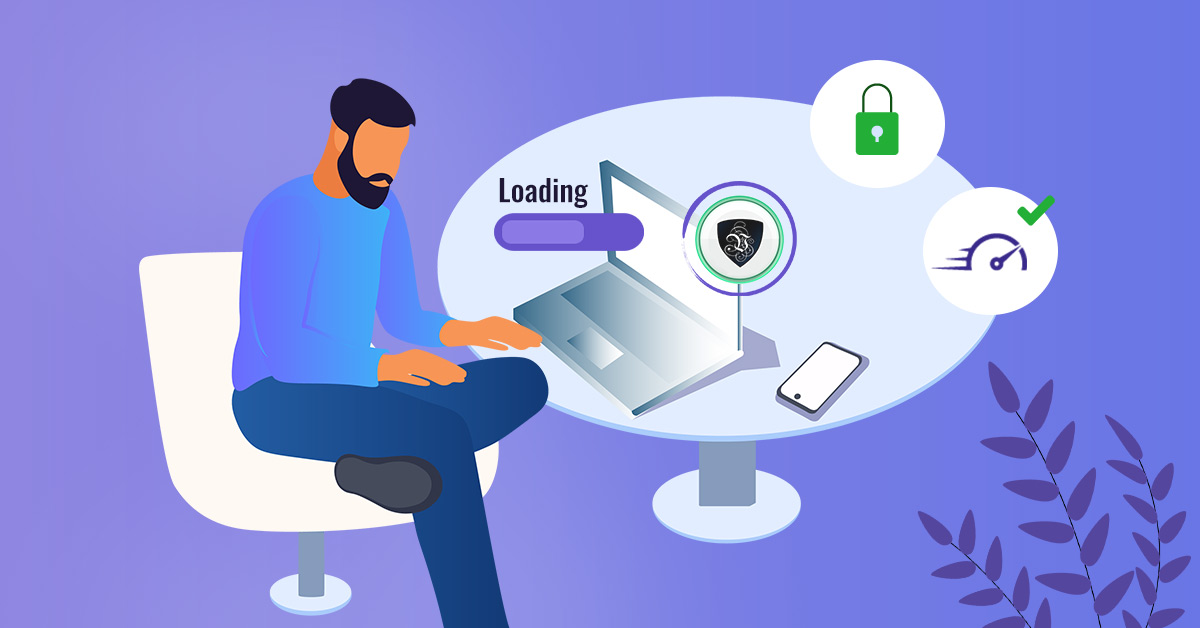 How to Bypass ISPs that Have Throttling VPN Connection Speeds?

Although most internet service providers try to deliver fast service, sometimes, your ISP is slowing down your internet purposely to minimize bandwidth congestion, also known as “bandwidth throttling.” So, the question that arises is what you can do about it when it happens, and is there a way to bypass it?

As you may already know, a VPN comes with a handful of benefits to its users and is most known for keeping our data safe and secure. However, the truth is that a VPN can also be a valuable tool for stopping ISP throttling and keeping your internet speed running smoothly.

ISP throttling is a very common issue people deal with that requires immediate attention if you want to keep enjoying good network speeds. Many indicators show whether you might be a victim of throttling. Some of the main ones are:

In most cases, there’s no need to worry if you experience any of these issues, as you can easily bypass throttling with a VPN. Perhaps the best way to find out if your internet speed is being throttled is by running an internet speed test, both with and without a VPN.

Unarguably, the best way, and perhaps the only way, to truly bypass bandwidth throttling is to use a VPN service like Le VPN. The very nature of VPN makes it impossible for ISP to detect your connection, which means there will be no throttling.

Generally, online privacy has been a topic of discussion for years now, and therefore, privacy tools such as VPNs have gained massive popularity. Besides being an exquisite solution for bypassing traffic shaping, VPNs also have a handful of other benefits.

Although VPNs are the ultimate privacy tool, unfortunately, not all VPNs provide the security they promise. Their tremendous growth in popularity has led to many fake VPNs emerging in the market.

With that said, if you are thinking about getting a VPN to bypass throttling and secure yourself and your data online, it’s best if you do thorough research before making the final decision.

The ultimate solution to bypass throttling is to make yourself invisible in the eyes of your ISP and hide your web traffic. In general, throttling is only possible when the IP can see your traffic. However, you are encrypted with a VPN; they won’t be able to separate a specific section of their choice and throttle it.

Even though the solution for this occurring problem is easy, the trickiest part is finding the right VPN for your wants and needs. There’s no going around it; choosing a VPN is difficult. You’re essentially placing your trust in a VPN provider. With that said, there are a lot of factors one must consider before making a decision.

Things to Look for in a VPN

Generally, there are many features one must think about when looking for a reliable and trustworthy VPN provider. However, if your goal is to stop throttling, the following features are the main things you should focus on.

First of all, you need to be sure that a VPN uses the proper protocols. While it’s true that a VPN can use many protocols, not all of them are created equal. There are many protocols that are outdated and have potential security holes, and you certainly don’t want to opt for that.

Look for a provider that offers either OpenVPN or L2TP/IP sec, preferably both. Not only are these protocols bulletproof security-wise, but they offer some of the strongest encryption around. With that said, the odds of anyone breaking any VPN encryption are little to none.

The next thing you should look out for is a VPN kill switch. Disconnects happen even to the best VPNs out there. When a VPN disconnects, your data reverts to being visible to your ISP.  But,  a VPN kill-switch will prevent that from happening.

Finally, you should look for a VPN with a good VPN server selection. You should avoid connecting to a server that is far away from your location, as it can make your internet connection slow, which is the opposite of what you are trying to achieve.

Can You Use a Free VPN and Bypass ISPs That Have Throttling VPN Connection Speeds?

The short answer is yes; you can use a free VPN to get around ISP throttling. However, the chances of finding a reliable free VPN are pretty much equal to zero. You will find a free VPN with security features to send your traffic via a secure tunnel on very rare occasions.

The likelihood of getting your data sold to third parties or leaked on the internet is much higher when using a free VPN, despite their empty promises to never keep any user activity logs.

Nevertheless, if you truly want to feel safe while browsing online and don’t want to have throttling problems, you will need a proper VPN with high-speed infrastructure and that you most certainly can’t get for free.

Overall, internet speed issue is a very common online problem, whether it is caused by bandwidth throttle or something else. Luckily, with VPN services like Le VPN, achieving online privacy as well as freedom does not seem like an impossible task.