Microsoft and the FBI to assault the Citadel networks 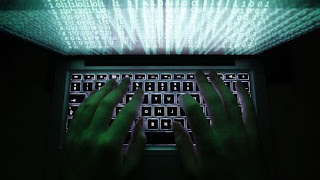 Microsoft and the FBI are assaulting the Citadel networks. Microsoft and the FBI have launched a specific attack against botnets, those networks of zombie computers infected with malware, without their users knowing about it. With the support of more than 80 countries, they thus have launched a strong offensive against one of the largest cybercrime networks in the world suspected of stealing about 400 million euros in bank accounts around the world.

Botnets are actually computer networks called “botnets” that are infected with malware and misused without their users’ knowledge. Controlled by remote servers, they are used to send spam, spread viruses and commit financial crimes. Citadel works by disabling antivirus on each infected to prevent detecting malware machine.

On June 5th, Microsoft announced that it had halted operations at least a thousand botnets using the estimated 1400 Citadel software.

According to Reuters, the FBI said it was cooperating with Europol and other criminal policies of nearly 80 countries to challenge Citadel operators, whose identity is still unknown. However, the FBI said to have made good progress on the investigation.

Australia, Brazil, Germany, the Netherlands, Hong Kong, Iceland, India and Spain are some of the countries involved in this investigation. According to Microsoft, the chief Citadel, known under the name of “Aquabox” is probably located in Eastern Europe and works with nearly 81 “breeders” who operate botnets worldwide.

This is a new type of collaboration between Microsoft and the FBI, the latter having been called by Microsoft end of May.

To avoid being taken as a hostage by the criminals, opt for a VPN: this will allow you to browse the Internet, away from prying eyes. You can surf the web, do your banking online and download the files you want, securely and completely anonymously.

Since all the traffic must pass through the secure VPN servers, no attack can reach your PC or mobile device. Simply select a VPN server in one of the available countries to protect all your activities on the Internet, through a secure VPN tunnel virtual, including a very strong military encryption. Your IP address will be hidden and replaced by an anonymous IP address in the country you have selected. No one can therefore monitor your online activity.