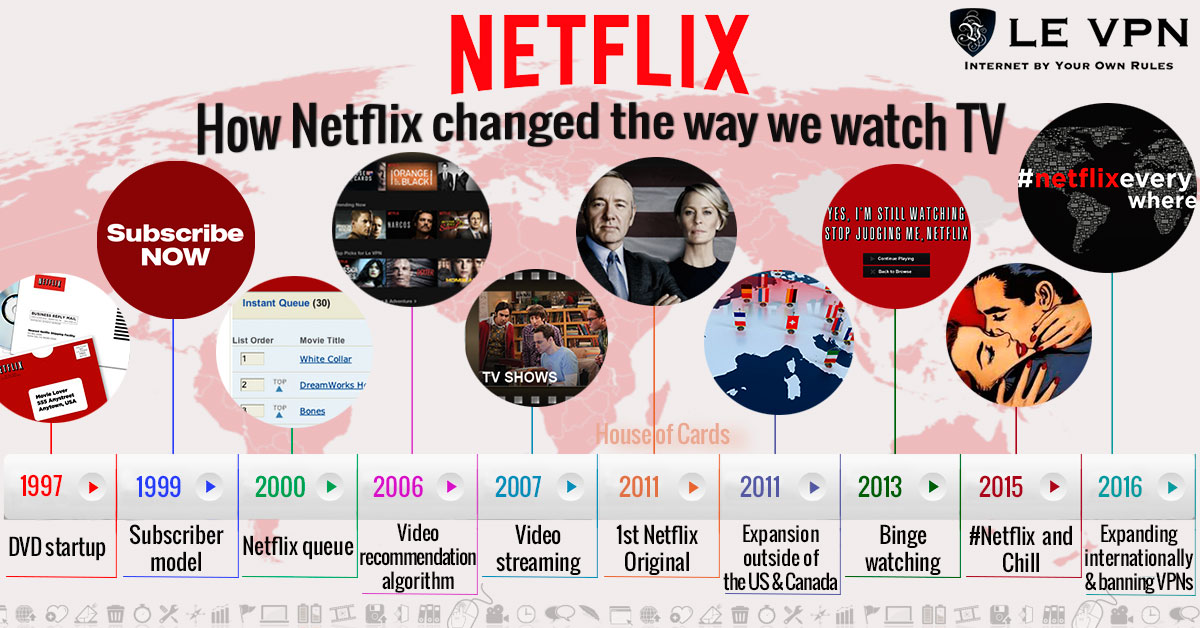 How Can Netflix See You Are Using a VPN?

In January 2016 the famous television and movies Netflix streaming service announced its aim to actively prevent its members to use virtual private networks (VPN) to hide their location to access some content which is not available where they live or in their travel destinations. Netflix is now available in 190 countries, but the library content in each country is not the same, due to media rights. That is why so many people want to watch US Netflix! And that is also why it is all about to get Netflix unblocked among movies and series lovers!

David Fullagar, Netflix VP in charge of the distribution system was commenting this decision: “Some members use proxies or” unblockers “to access the titles available outside the territory where they are located. To fix this, we use same or similar measures as other companies. This technology continues to evolve and we evolve with it. ”

“This means that in the coming weeks, those using proxy and unblockers will be able to access the service in the country where they are actually based. We are confident that this change will not affect members who do not use proxies. ”

VPN (standing for Virtual Private Network) are services that allow users worldwide to connect to a private and secure Internet network. If you need a VPN for Netflix, be aware there are free VPN services, but they should be avoided due to they offer either low bandwidth or can be connected to botnets and create problems for you.

Use a secure VPN with clients’ good feedbacks as Le VPN. It’s simple and super-efficient because you are thus safe and you always benefit from a very fast network and an Internet connection with a hidden IP.

One way to stop people from hiding their location would be to put the most popular VPN providers on a blacklist and block all connections from these suppliers. But even if Netflix admits that one can work around this problem as David Fullagar mentioned it: “[We] continue to put VPN on blacklists. Once [VPN providers] are blacklisted, it’s easy for them to move to a new IP address and escape. “