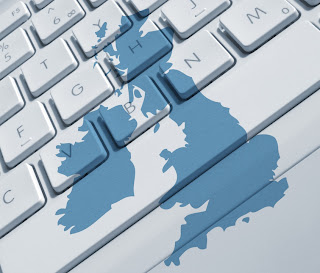 The UK government has announced a new initiative within its national strategy for cyber security, a new deal against Cyber crime.

Its Partnership for Reducing Cyber Crime (PRCC) aims at fighting against the growing threat of organized cyber criminals acting globally, through shared efforts from the police, industry experts and academics.

The government is determined to fight against the threat of organized global cyber criminals, said Security Minister James Brokenshire who will lead the PRCC with Science Minister David Willetts.

“This is a new place for exchanges for the government, police, industry and academics, enabling them to meet regularly to combat cybercrime more effectively,” said Brokenshire. Cyber crime is something we should care about.

He meant that the police have obtained significant results to date, mentioning that during its first year of existence, Central Police Anti-Crime unity avoided nearly £ 538m of loss due to financial cybercrime.

“But we want to go further and – thanks to the creation of the cybercrime unit within the National Agency against Cybercrime with innovations such as the PRCC – I am convinced that we can bring these criminals before justice, “said Brokenshire.

Companies and individuals have an important role to play, by taking simple measures such as creating strong passwords and using regularly updated antivirus software, besides reporting criminal actions to Action Fraud, the dedicated UK police center so as to financially punish Internet criminals.

The British economy is very active in the digital business, with nearly 65% of the population who manage their finances online and retail sales online reaching 2.6 billion British Pounds last year, said Brokenshire.

While the digital revolution continues to offer huge potential for growth in the UK economy and culture and well-being, she must face the growing dangers of digital, which is by considered by Brokenshire to be one of the biggest challenges facing the UK.

In addition to creating awareness among individuals and enterprises about the dangers of cybercrime, the objectives of the UK national strategy for cyber security include information sharing between different sectors of the industry, creating an emergency response team in the National Computer Center and investing in skills, research and education to improve cyber capabilities in the UK.

With Le VPN, your online security is improved in different ways. Your Internet connection is encrypted with a top secret standard which protects you from hackers and eavesdroppers trying to listen in or obtain sensitive information.

Le VPN reduces your online moves by replacing your routing information: our trusted DNS servers keep your queries secret so that no one can keep an eye on your surfing history.