In Belgium, the debate is growing around the websites blacklist 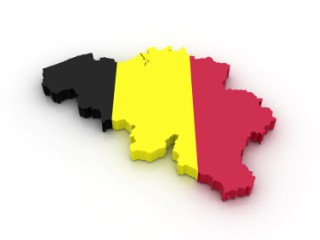 There are four major families of blocked sites (blacklist) in Belgium: those who sell drugs (real or faked ones), the illegal download sites, such as Megaupload, sites selling counterfeit goods and unauthorized gambling sites that represent the majority of them.

60 online gambling sites have been blacklisted since the existence of this list since 2009. And domains with similar names of those blocked sites are also banned in order to prevent people not to manage to continue their activity on such mirror sites. The majority of these banned sites is known and appears on the page of the Committee on Gambling (Gamingcommission.fgov.be).

Patrick Van Eecke, a professor specialized in ICT Law at the University of Antwerp, expresses himself on this list, in the newspaper De Standaard. He talks about a risk of censorship and requests the establishment of a commission to rule on the matter. The professor believes that it seems not to be objective criteria for deciding whether or not to block a site, arguing that the system lacks of transparency and could be compared to censorship. He requested that the list should be controlled by an independent body, without being made public.

Internet service providers such as Scarlet, Telenet and Belgacom cannot clearly make their own decision to ban a domain name due to a Royal Decree of 9 January 2003: it states on how a site can be disconnected by putting a request upon to the judicial authorities (usually a judge or an officer of the Federal Computer Crime Unit).

The prosecution suggests that the lock is always made in the context of a criminal investigation, and each application is subject to particular scrutiny. Moreover, there could be no centralized list. This ban generally occurs when given data on a site constitute a violation or a threat vis-à-vis the public order and good moral or if it represents a threat to computer systems.

On the web user side, organizations have been struggling for months to talk about blacklist and the freedom of the Belgian internet.

On the political side, a member of parliament Peter Dedecker bounced on the announcement of the blacklist and proposed it as a tool to protect users against fraud attempts.

To avoid censorship today, choose a VPN to access the websites of your choice. Le VPN service will make your Internet connection completely anonymous. You just have to select a VPN server in one of the 12 available countries (France, Germany, etc …). You can access blocked websites and more, you can protect your Internet activities with a secure VPN tunnel including a virtual military encryption. Le VPN installation is simple and does not take more than 2 minutes. Buy Le VPN service or test our free offers by following our social media networks.