The Australian Government Backs Out Of Mandatory Internet Blocks 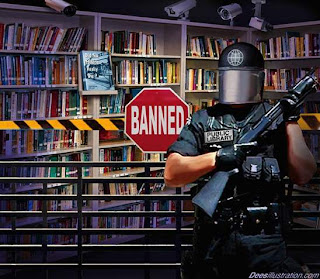 In Australia, there is a feeling of mixed emotion about the Internet Blocks this week as the government have decided to abandon plans that have been on-going for the past five years to block and filter any pornography relating to children on the web. Other similar content was supposed to have been blocked too, but they have backed down and changed their minds.

The minister who is in charge of Australia’s communication, Mr. Stephen Conroy has said that rather than them putting a filter that is necessary on the web, they have contacted Internet service providers to block over 1400 child pornography websites. These are the sites that are on a list provided by Interpol and should form part of Internet blocks. Three of the larger companies Optus, Primus, and Telstea have already been blocking these websites, so many are questioning if this move by the government is really such a drastic step to stopping child abusers access pornography when the main ISPs have already blocked them.

The new idea that has been implemented has a very narrowed approach to child abuse and the supposed nationwide country filter. Whereby the older idea would be to regularly update the sites that were listed in the ban. It would have also blocked out terrorism sites, anything that pertained to crime and the abuse of drugs and anything that was considered to be too violent. Many said that this would block sites that were not of any harm, it would make the Internet slower. It is also thought to compromise the freedom of speech, bringing Australia’s internet censorship closer to that of China, where internet users already regularly use VPN services for the majority of internet browsing.

It is thought that the new bans will not have a serious impact on the Internet in Australia, and many think that the older plans were a lot better. The Internet industry chief, Mr. Peter Lee has said that he is actually very happy with the decision and very pleased that the focus will be only towards child abuse and pornography.

The government fell very short to their pledge with regard to Internet usage in 2007 and their overall decision to not put into place the new legislation is very disappointing, said Mr. Jim Wallace. There is of course a large view of mixed opinions, those that are for and of course those that are against. It is thought that the overall decision was based on the thought that to get this passed in parliament would be almost impossible and against freedom of the people. It is a sad state of affairs when a government backs down on their promise, but also when people seem to think that child porn should be accessible. So who knows what the future has in store for the Internet in Australia and other countries with the ever-changing times.