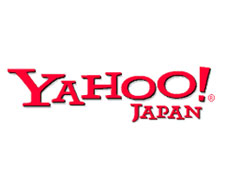 22 million users of Yahoo Japan had to be stealing access by cybercriminals who illegally enter the portal administrative system data. A spokesman for Yahoo Japan who spoke on the subject admits, “we do not know whether information about personal data was stolen or not, but we have serious doubts, given the volume of demand on our server.”

The information does not involve passwords and info requirements to recover passwords or forgotten passwords. But Yahoo Japan set that it will put in place extra security measures to prevent such incident to happen. In 2011, Sony Corporation had suffered such case, with access codes and birth dates of more than 100,000 people in Japan seized by cybercriminals through hacking the Playstation platform.

The Japanese government acknowledges that the preventive measures to fight against cybercrime are still undervalued. However, the national police stated this month it will set up a dedicated team to analyze and combat this type of cyber-attacks.

The best way to ensure that your personal data cannot be stolen on the Internet is to use a VPN service. Le VPN reduces your online movements by replacing your routing information through an anonymized IP address. Secure DNS servers keep secret queries you make, so that nobody can see your browsing history. Your Internet connection is hidden behind the many VPN servers: when you are connected to the VPN, no one can access your computer or your mobile device without using the protected VPN servers. Last but not least, your Internet connection is encrypted with a very strong system that protects you from hackers and illegal ears trying to listen or obtain sensitive information about you.