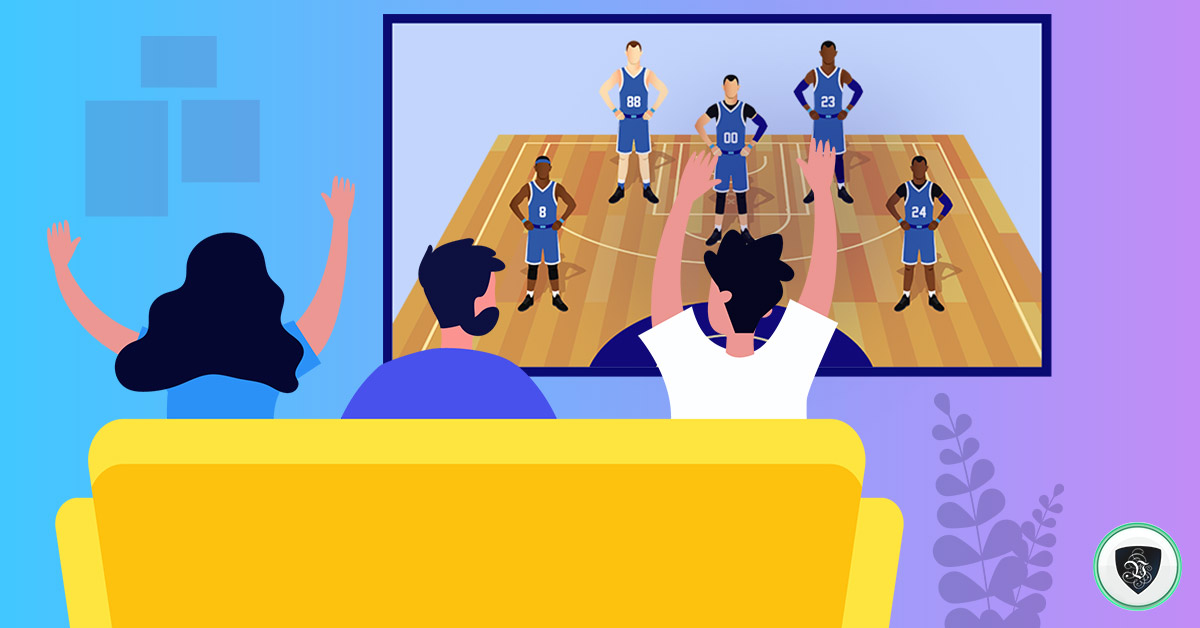 How to Watch the 2022 NBA Playoffs Online?

If there’s one thing that can be said with certainty, it’s that the NBA is one of the most popular and entertaining sports around the world. With the NBA generating around $10 billion in revenue every year, it does not show any sign of slowing down anytime soon. With that being said, if you decide to hop on the wagon of watching this thrilling sport, you should educate yourself on how you can watch the 2022 NBA playoffs.

All of the most popular and widely played sports around the world have the biggest leagues. For instance, football has the NFL, soccer has the EPL, and basketball has the NBA. There are also many reasons to join the parade and enjoy games through the league; some of the biggest ones include:

With the most exciting time of the year for basketball fans just around the corner, one should learn exactly when, where, and how they can watch and support their favorites. If you are like many others who have abandoned cable television completely, you will likely need to find a way to stream all of the upcoming games.

However, like with anything else in life, nothing comes without a cost. And in this particular case, the cost is to be extra cautious about which streaming site to use, as there is a multitude of streaming sites that are malicious.

Fortunately, there are many ways one can protect themselves from the dangers of the internet. From doing thorough research to not using free streaming sites and using a VPN from reputable VPN providers like Le VPN, one can do a lot to secure themselves and their data.

Although the majority of streaming platforms are indeed generally safe, there are still a ton of websites that are fake, malicious, and nonsecure. Unfortunately, by the looks of things, cybercriminals are nowhere near done with exploiting peoples’ private information and making our internet experience that much harder.

However, there’s no need to feel scared or overwhelmed as there are plenty of ways you can enjoy watching NBA playoffs in peace and without worrying whether someone will try to steal your identity, insert a virus, or whether or not you will become the next victim of ransomware.

With the 2022 NBA playoffs already started, they are expected to be filled with excitement and drama like every other year; it does not come as a surprise that millions of viewers will be glued to their screens for the next weeks.

How Much Is Safe to Watch the 2022 NBA Playoffs for Free Online?

Whether you are a casual sports fan or a sports enthusiast who doesn’t miss a match, the reality is that the ability to watch the game unfolding wherever you are does sound more than intriguing. With that said, this leads everyone to question whether they should cheap out and risk watching the NBA playoffs on free streaming websites or not.

Generally, it is and will always be better and safer to pay for online services than to put your and your data safety at risk. Perhaps the one thing you should take from this is that it is not worth getting a headache for free streaming when there are a plethora of options that could work just as well and that don’t have to cost a fortune.

In case you don’t want to bother with learning the benefits and disadvantages of both free and paid streaming sites but rather just hope on and watch the games you like, you should know that the games will be broadcast across 5 different networks such as ABC, TNT, ESPN and more.

As you may already know, streaming sports for free is generally considered piracy in the US; therefore, people usually use VPNs or proxies to avoid third-party spying. The functionality of proxies and VPNs are pretty much the same as they can assist you in circumventing certain restrictions.

Because proxies and VPNs are similar, people often get confused about which one they should use. One of the biggest issues regarding proxies is that they don’t employ encryption. This is why we recommend avoiding using a proxy when watching sports online.

On the other hand, when you use VPN, your internet service provider, as well as other unwanted third parties, can not see what you’re doing online. Luckily enough, you do not have to spend a bank on a VPN just so you can ensure you’re not being watched by unwanted parties. There are all kinds of low-cost premium VPNs out there that will do the job for you and not make you sweat.

First thing first, you should always keep in mind that the internet is not a safe environment; hence your privacy and security can oftentimes be jeopardized. Luckily, when using a VPN, which acts as a mask for your online activities, such as watching the 2022 NBA playoffs, you at least minimize inconvenience from happening to you.

There are numerous reasons to choose a VPN when surfing online in general. When it comes to using a VPN to watch sports, what it will essentially do for you is reroute your sports streaming traffic through private servers and, in that way, avoid insecure public servers.

However, keep in mind that deciding on what VPN to use is not as easy a task as it may seem. The best thing you can do is do thorough research and find and use VPNs from only reputable and well-known VPN providers such as Le VPN.