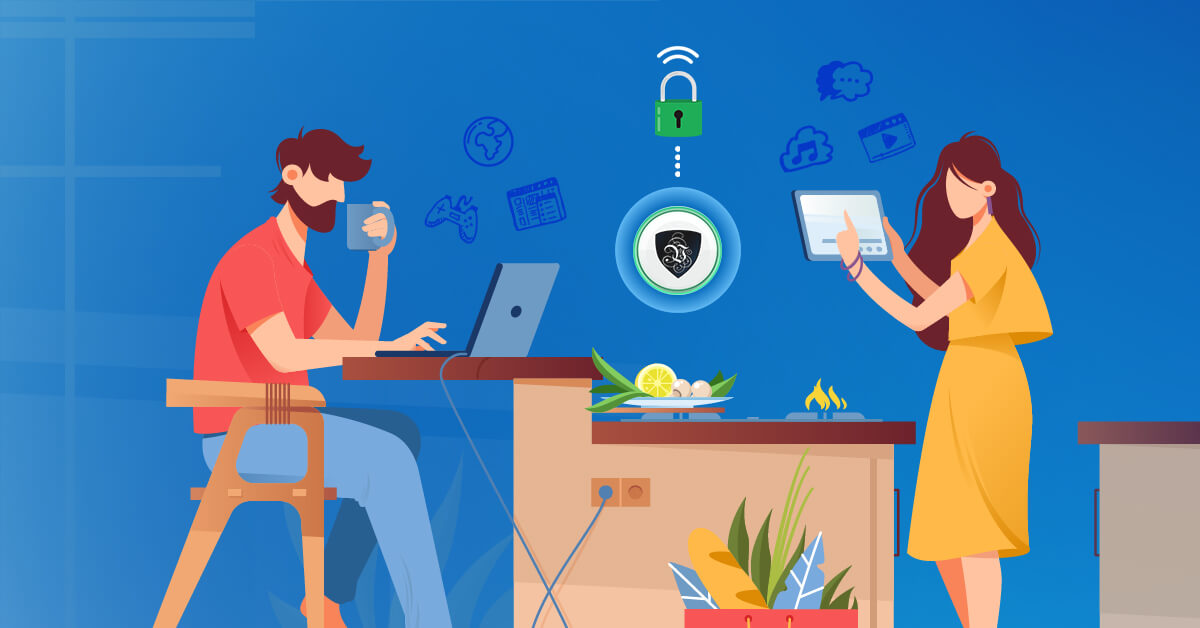 Why Does My Boyfriend Use a VPN?

The reason why your boyfriend uses a VPN is to be able to research gifts for you as well as romantic travel destinations without the government, corporations, and data thieves intercepting.

Did the Google snippet catch that? Good. Now for the real tea.

There are both objective security benefits of using a VPN, as well as personal ones. And the answer above is not a lie, but it is not the only reason why someone would use a VPN to browse the web.

There are three main benefits of connecting over a VPN:

The combination of all three makes such a tool one of the cornerstones of cybersecurity. And, unlike personal protection software, using a VPN protects both the user and their contacts.

Additionally, as premium providers like Le VPN offer access to multiple devices over the same account, you are posing the wrong question. It is not why does my boyfriend use a VPN ?, but rather why aren’t I connected to a VPN with his account?

There are Objective Benefits

Primarily, there are real advantages to both your devices and your personal information if you are using a VPN. Even if you aren’t interested in things like streaming and don’t work from home, these will still shield your devices from the dangers found online.

A virtual private network is, before anything else, a security tool. It is made to route your connection through a secured server that will prevent anyone from snooping on your device.

And, because of this data security, you are protecting people around you.

Just imagine how many of your pictures are on your boyfriend’s phone? And, if that boyfriend becomes a husband, you will want to have pictures of your children protected as well. No sharing without consent should apply to potential hackers as well.

By using a VPN, you are masking your IP address with the one from the VPN server.

Inside that IP address provided by your ISP, you can find a lot of information. For instance, you can determine someone’s location only by numbers. Also, someone can find out who is your internet service provider (ISP) and start attempting identity theft.

If they manage to learn your phone number and home address, they can spoof your IP and steal your identity.

While identity theft is the most dangerous thing to happen to anyone online, it is not the most common.

By knowing your IP address, hackers can send malware back to your device. If this action is successful, they will be able to steal your data directly. Protecting your device from such attacks is very important.

For your boyfriend, not using a VPN endangers their online banking. For yourself, someone hacking their phone endangers all of the pictures and videos they have of you. Not to mention all of the lovey-dovey messages you have sent to each other.

Phones and computers are not the only things that can be hacked. As more devices are gaining online access, they should be protected as well.

Even though using a VPN for Firestick is mainly for entertainment purposes, your TV can be a point of entry for data theft. It, the same as any other device, will also show your IP address when accessing apps.

Other Reasons Why Your Boyfriend will Use a VPN

While there isn’t any concrete evidence for the claims we are about to make, as a guy, I can predict some of the male behavior that would be very likely.

We, generally, don’t like censorship, restrictions, or the State telling us what we can and can’t do in the privacy of our home. This is why many men, as well as an increasing number of women, use VPN to connect to the internet.

Both game and movie production companies have introduced something they are calling ‘global standards.’ This is a euphemism for deleting scenes and removing content that might be considered ‘problematic’ to someone, somewhere.

We have already experienced Sony censorship in multiple types of media, and there is no reason to take that kind of behavior.

By connecting through a VPN, we can circumvent this type of censorship and buy from markets where such media isn’t restricted.

Every country has its distinct Netflix database. This is because of licensing restrictions and some other legal reasons. For instance, many British shows are not available in the US, and vice versa.

Using a VPN for Netflix removes such restrictions and allows you to access any show in any country. This is especially useful for Anglophone countries where the shows would be in English, such as the UK, Canada, Australia, and New Zealand.

But, the biggest Netflix database belongs to Japan. Not saying that your boyfriend might be a weeb, but you might want to ask him if you are his waifu.

The Internet is for P*rn

Everything should be done in moderation, and this is not the main reason why people use a VPN. But, simply someone telling you that you can’t really make you want to do it.

If you are wondering why does my boyfriend use a VPN, you shouldn’t fret. They are not being shady but rather careful.

And, if they are using a premium provider like Le VPN, you should be asking to download it for yourself as well.