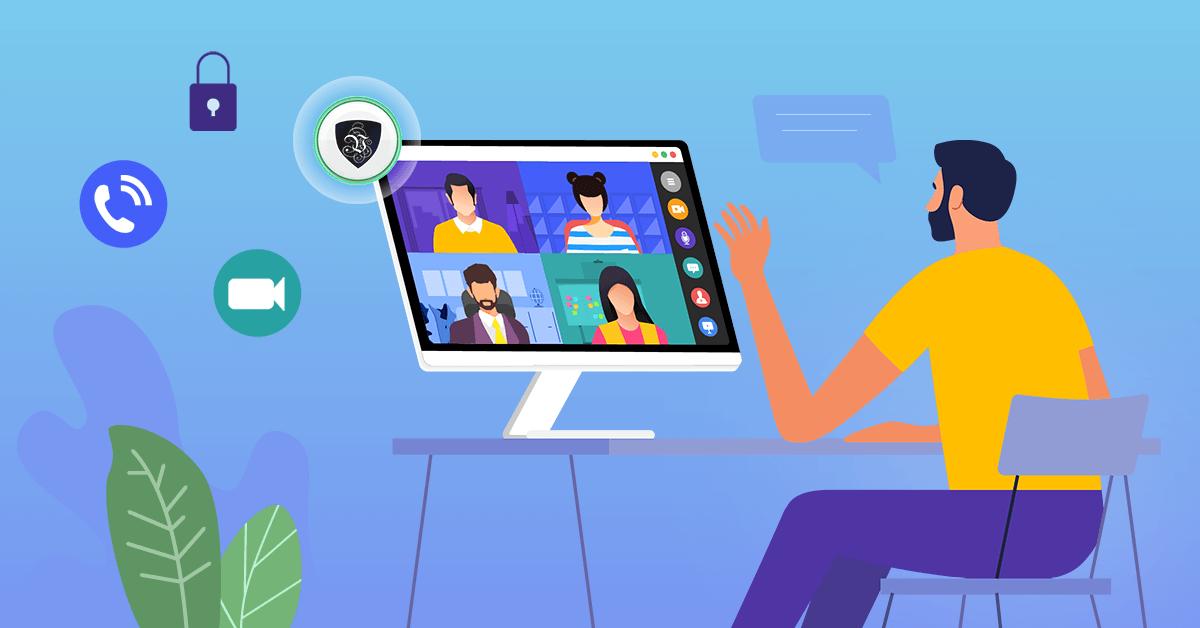 Is a VPN Secure for Video Calling?

With a massive rise in video calling apps and software popularity, there has never been such a high need for protecting our data. Many apps and social networks have begun to incorporate video calling as part of their services in the last few years. If constantly making video calls, one should learn to protect their privacy, and what better way to do that than to use a VPN?

The concept of internet calling via services such as Instagram, Viber, and WhatsApp has made us easier to stay in touch with co-workers, friends, and family. All of these apps use a technology called Voice over Internet protocol that essentially allows us to make phone calls for free.

While there are thousands of benefits to using VPN on our digital devices, three of the major ones include:

In today’s day and age, we chat, surf, and explore on our digital devices, mainly phones, 24/7. With that said, there’s a genuine reason to install a VPN on your devices.

As much as video calls can be awkward and annoying at times, somehow, they managed to inweave themselves into the fabric of our lives, helping us stay in touch with our loved ones and co-workers.

VPN is needed when you use apps like WhatsApp, Instagram, and Viber to add multiple layers of encryption for your online communications. Luckily, providers like Le VPN will mask your IP address and protect you from everyone you come in contact with through these apps.

Which VPN is Secure for Video Calling?

Generally, free VPN services are often more prevalent among people just for the simple reason that they are entirely free to use.  Even though a free VPN is better than no VPN, one must keep in mind that these VPN developers are not charitable organizations.

With that being said, many free VPNs will promise to their users 100% safety; however, that is not usually the case. The truth is that there is always a chase that your data is being sold out to a third party while using a free VPN.

On the other side, the opposite is true when it comes to premium VPNs. You, as a customer, are essentially paying for your data’s privacy and safety and security from hackers and other third-party agencies. So, which VPN is most secure for video calling? The one you pay for.

There’s something important that can be said, and it’s that video conferencing and video calls, in general, have taken off and become a core technology component of the business and private world. However, that growth has also led to some cybersecurity issues, raising questions around these platforms as well as their ability to protect users and keep private information secure.

The best about VPNs, if you don’t want spying agencies and online strangers to know where you’re calling from, is the fact that your physical location stays private.

As you may already know, there’s still a long way to go before the world can freely communicate without government regulation getting in the way. Until then, a VPN is a must.

Generally, for the system to be deemed secure, the privacy and security of the caller, receiver, the connection, and the application being used must be ensured. Every time you install a new app on your device, you increase potential software vulnerabilities that cybercriminals can try to exploit.

As you may know, all sorts of apps ask for your permission to access the microphone, location information, camera, and other features, on your phone and computer. With that said, you must be careful when enabling those features.

It’s important to understand that VPNs cannot protect you from present viruses and that they also can be subject to malware. Therefore, you must rely on anti-viruses programs that are reputable and regularly updated.

If you don’t want government agencies to access your metadata, including location information, internet connection details, video calls, and text messages without a warrant, you’re going to need a VPN to help you mask your online activity.

Although on the surface level, using metadata to protect citizens seems like a good idea, when you think about it,  it’s a huge intrusion of privacy most people are unwilling to accept, rightfully so.

Luckily, regardless of whether your government has deemed metadata retention legal or not, there are multiple ways to prevent it; one of them is using VPN services.

Whether you want to connect with your loved ones or you have a presentation to your clients and potential co-workers, there are various video calling apps that deliver the virtual face time you seek.

A good video conferencing software has to do more than show your face to the world. It should also have features such as screen sharing, whiteboarding live chat, and annotation.

These features are highly important if you want to make your virtual meeting as productive as they are in person. Video apps and services such as Skype, Google Duo, and Zoom are among the best ones on the market.

In today’s day and age, learning how to surf online and how to stay safe and protect your data from being misused is like learning to speak or walk. However, it’s crucial to understand that no person can ever be 100% secure. Thankfully, with premium VPN providers like Le VPN, the chances of something like that happening is nearly impossible.