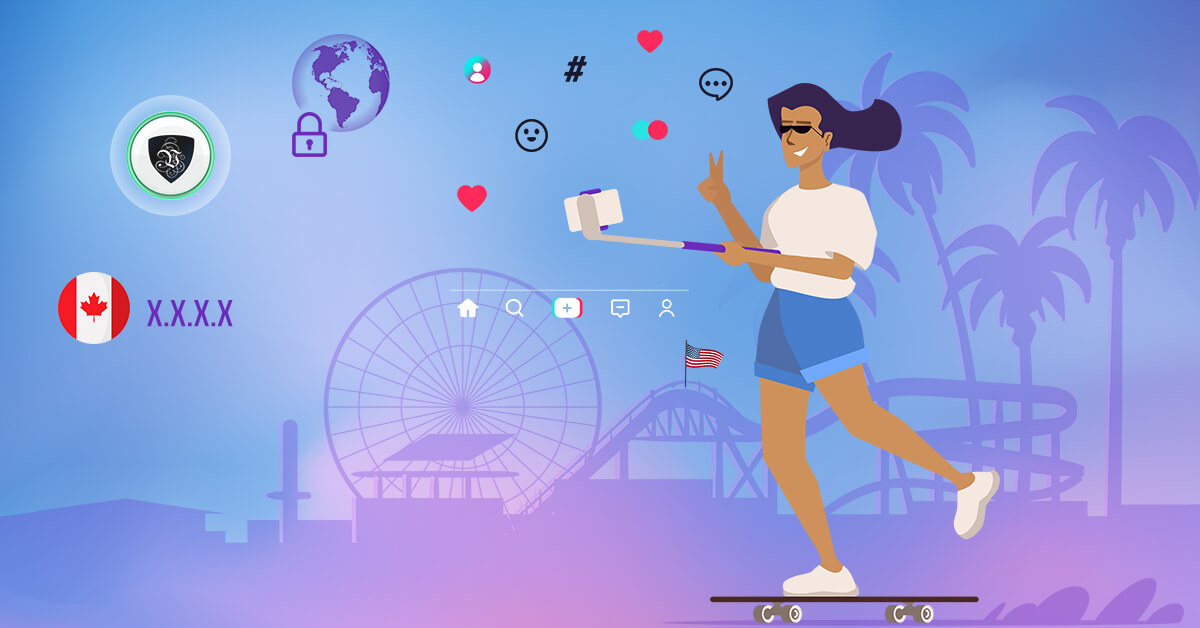 Teens, Trump, and TikTok: Why are Young People Jumping on VPN?

While it may be difficult for Millennials and GenXers to understand TikTok, we do know the value of self-expression. People like making memes and having fun, and there is a drive for young humans to expose themselves to get some clout. That is all fine.

And, if we can’t stop our children or younger siblings from using some social media, the Government doesn’t even stand a chance. The best thing we can do is instruct the youngsters how to do something responsibly, and show them the tools for both protection and circumvention.

Generally, there are three reasons why everyone should use a VPN when accessing TikTok:

And, with premium providers like Le VPN, you will get both excellent protection and unrestricted access on all of your devices. This means that the same system that is protecting the credit cards of the parents can protect the location and info of the children.

On Wednesday, September 16th of 2020, the executive order signed by the US President Donald J. Trump will come into effect, banning any interaction with the Chinese company ByteDance Ltd. known in China as Zijie Tiaodong (字节跳动).

This will effectively ban the services of TikTok, Toutiao, and BuzzVideo in the United States. And, even though the company services the US market from the Cayman Islands, it will still be blocked by US-based companies like Apple, Google, and Verizon.

For consumers, this will mean that you won’t be able to access TikTok from the domestic market.

But, merely connecting through a European or Asian server will remove such blockade. This means that the consequences will be mostly on the company, and not the users of the platform.

It is still uncertain if this ban will have any impact on global relations. So far, the commercial skirmish between the USA and China haven’t really affected other countries or their consumers.

But, there might be a cultural impact if a lot of US-based users leave the platform. As the leading cultural market for the English-speaking world, the US dictates what will be used and promoted in other countries, consciously or not.

The Great Firefence (!?) of China

Those experienced with cybersecurity and internet anonymity will be more than familiar with the level of censorship in China. But, with the US introducing punitive measures for communication, we are at a strange position where the wall is being built on both sides.

The barrier ceases to be a firewall and seems more like a fire fence, separating the two markets digitally. And it seems that there are cybersecurity and censorship issues on both sides, even though they are for different reasons.

For consumers, the only viable option might be to use a VPN connection and digitally transfer to neutral ground. Most countries, including the UK and Australia, don’t have such restrictions and will allow users to decide on their own which apps are for them.

There is nothing wrong with wanting to express yourself. With just a bit of direction, it can even be healthy and productive. As long as it doesn’t digress to narcissism and sociopathic behavior, every type of self-expression is beneficial.

But, those using social media should be aware of the dangers their digital self can create for their actual self. Everyone should learn to show only what they want online while keeping private information hidden from those that might want to harm them.

This doesn’t include only TikTok and media platforms used by younger people. Facebook is probably the biggest offender when it comes to oversharing and online stalking, and this is usually done by people over the age of 30.

Do what you want, but know what you are doing. This is the motto of having a pleasurable experience online.

For users of the best VPN services, this process is relatively easy. If you already have TikTok installed from the regular US app market, you only need to go to the VPN app and switch your server to somewhere in Canada.

This won’t have much effect on your latency and ping, and it will allow you to access TikTok.

But, if you don’t have the app already, you will need to change servers first and then go to tiktok.com to download the app. Here, there will probably be a way to side-download in the future.

Otherwise, you can change your App platform to Canada as well and use it regularly.

Invisible for the Chinese Government as Well

The best thing about using a VPN to access TikTok is that you will be protected from Chinese snoopers as well. While it is probable that some officials will be able to see what you post on the platform, they won’t be able to see other data that you are accessing.

This is why you should always practice cyber hygiene alongside any type of cybersecurity you use. Funny videos, dance performances, as well as futile attempts on dank memes should be the only thing you will give to the platform.

Using TikTok is not a bad thing. And, while the fear of US authorities of Chinese data collection is somewhat reasonable, censorship is not the answer.

By using premium VPN services, such as those provided by Le VPN, you can stay protected from any foreign snooping, but also circumvent domestic attempts to stipple your means of self-expression.

Just be sure to stay safe whatever you do.