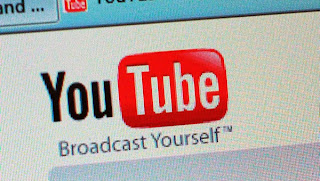 Since June 5th, Saudi Arabia has indeed blocked the access to Viber, a Voice over IP application which allows you to make phone calls and send text messages. According to the Commission on Information Technology and Communication (CITC) “The Viber application is not responding to the current regulations and the regulations in force in the Kingdom and has been suspended from today”. Already last March, Saudi Arabia had threatened to remove Skype and WhatsApp and admonished local telecommunications companies, thus asking operators and manufacturers to come up with means to monitor these applications. The government has put his threat into action by cutting access to Viber.

At the same time, YouTube access was blocked for about ten days in Tajikistan, due to of a video showing the head of state, Emomali Rahmon, singing and dancing at the wedding of his son. The Department of Communications has confirmed that the country has blocked the site, without explaining the reason, according to the website The Daily Dot.

Tajikistan has only two million Internet users, which represents 25% of the population but the regime was afraid that maybe this video will spread like a “virus”. The video was viewed about 200,000 times before Youtube got blocked and has actually been put forward on a Facebook page exiled dissident. This is at least the third time since the beginning of the year that the Tajik authorities have blocked YouTube.

To avoid any Internet censorship, use a VPN service that allows you to choose your country of connection. Thus, a person living in Saudi Arabia, Tajikistan or China may choose to locate its connection in one of 12 countries available where the access is not restricted. This will enable an anonymous access to the sites of their choice without incurring censorship or some reprisals of the censorship. Choose today Le VPN and enjoy its new le VPN premium offers to surf safely.