North Korea behind the cyber attacks on South Korea ? 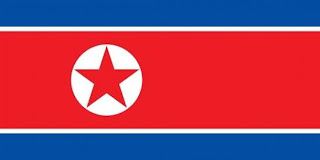 The cyber attack that hit South Korea could come from North Korea, maybe not from China.

And if these Chinese hackers … were military troups from North Korea? Seoul officials have identified the IP used for recent attacks against banks and the country’s media. A Government representative of Seoul blamed Pyongyang directly, the big brother of the North Korea enemy.

It will take time to clearly communicate the identity and responsibility of the cybercriminals. A former North Korean soldier, who now lives abroad, said that the military college in Pyongyang as hackers. He was also part of these recruits before defecting in 2008 and believes that North Korea has 3,000 soldiers dedicated to the Internet, with 600 “professionals” pirates active in the cyber unit. University Mirim now called the University of automation (Automation of University) was established in the 1980s to help automate military North Korea. A section is dedicated to hacking for which the “hackers” enjoy huge benefits in the country. Cyber capabilities of the country are difficult to determine. According to information from South Korea, North Korea is suspected of being behind the majority of cyber attacks (over 70,000 public institutions of the country) during the last five years.

The attack appears to be complex, with pirates operating a malware named Jokra that erases hard drives and forces infected computers to reboot, making them unusable. This code tries and erase all hard drives or networks infected with the terminal.

End of 2011, hackers targeted North Korea, were traced by visiting the server of the University Graduate School of Information Security, a highly specialized faculty from South Korea who trains future leaders. The National Intelligence Service of the Republic of South Korea has studied this Trojan. The country’s secret services already indicated that the code of the malware that attacked the email accounts of students was similar to the malware distributed by North Korea.

In the North Korean dictatorship, censorship and propaganda dominate: only official sites and information are accessible and every citizen faces a heavy penalty for deviation. The vast majority of North Koreans do not have access to the Internet and possess no computer. The Internet in North Korea is in fact rather a kind of intranet, which is only accessible to a limited number of citizens. Recently, the country still had a breakthrough with the release of the mobile Internet for tourists. But this is not still the case for North Korean citizens.

To protect yourself to become the next victim of cybercrime cases, the best protection is to use a Virtuel Private Network (VPN). Le VPN allows you today to fight against the threat of cybercrime and online hackers and protect your computer, tablet and mobile. Thanks to the secure VPN tunnel, your data remains private, which ever sites you visit, the forms you fill or what you are downloading. Choose a VPN, a simple service for a few dollars per month, not to suffer attacks from hackers.