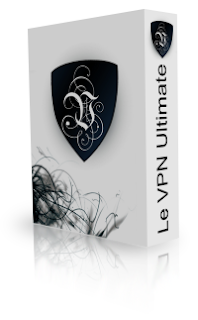 The responsibility for monitoring websites was given to the Federal Supervisory Agency, which has a website where people can request of the Agency to close down websites that they feel are not appropriate for users in Russia with regard to the new law. As a result, the Agency received 5000 requests within its first 24 hours of operation for closing down websites and was able to review all the requests and shut down ten of them during the process.

Le VPN, however, is one means of by-passing any restrictions on the Internet and of having one’s Internet traffic being monitored. It also encrypts or encodes an Internet connection, so that data transmitted on that connection cannot be detected.
According to the Managing Director of Le VPN, Mr. Jerome Richard, “I am persuaded that each person, regardless of his or her nationality, has the right to choose for himself which web resources to use or not to use. We want to make the Russian people free from Internet censorship.”
Both free and paid services will be available in the Russian market on www.le-vpn.com/ru. The basic services provided by Le VPN will include the ability to bypass sites hidden by geographical constraints, Internet filters and censorship; the ability to connect to the Internet in twelve other countries, peer-to-peer connections that are secure and the ability to share files. There is some limited functionality in the free version but all these features, and many additional ones are included in the paid service.
Le VPN provides its services in the United States, Canada, the United Kingdom, the Netherlands, Luxembourg, Belgium, France, Germany, Russia, the Czech Republic and Ukraine. This enables those who travel or work in various locations to have access to the Internet without the need to worry about restrictions and being monitored or intercepted. Those who travel to countries such as North Korea, China, Vietnam and other countries where Internet access is limited can use Le VPN to gain access to services provided by LeVPN in Europe or America. This makes it possible so that no matter the country of residence or work; one can decide on their virtual country for connectivity and then connect to the Internet with it appearing to anyone else on the Internet that you are accessing it from that country. Le VPN also allows access to the Internet from a variety of mobile devices, including iPads and iPhones.

Le VPN, which means “The Virtual Private Network in English,” was established in France in 2010 and has been developing data communications products for markets in Europe and around the world. Their focus is on providing services that enable the free use of the Internet and in securing connections to the Internet to prevent them from listening and hacking. The company moved its headquarters in 2012 to Hong Kong.