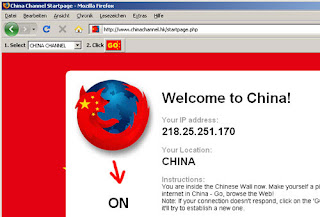 Google has shut down its censorship observation service in China, without any explanation. This alert system launched mid-2012 allowed Chinese Internet users to access to words or expressions censored by the Chinese authorities. At the time, Google stated that the idea was to improve the tool: “Our hope is that these written notifications will improve the use of search engine in mainland China.” In reality, the goal was used to locate the censorship in this country.

The censorship observation service is no longer available for over a month, which makes civil rights activists to say that Google bows to the Chinese government.

China is the world’s largest market for Internet – with 505 million users – and smartphones – a key target for Google with its Android operating system.

If the search engine is still not so commonly used in China, few services such as Google Maps are quite popular and the Google Android is the most used mobile platform in the country.

This cat and mouse game between Google and the Chinese Government has lasted for three years now. In 2010, Google wanted to transfer the Chinese version of its engine to Hong Kong to avoid censorship. The Chinese government then protested against this action, considering that Google was violating the law, threatening Google not to renew its operating license in China. Google had rescinded its project. Commercial interests took over the defense of freedom of expression.

Furthermore, since late 2012, the Chinese government has yet scored more pressure on the Internet by enacting new regulations that would require Internet users to identify themselves with their provider when surfing the web.

Go for a VPN, not to fear censorship. Indeed, a VPN gives you the opportunity to have IP addresses from different countries. With a VPN, you can access Internet segments in France, United Kingdom, United States, Germany and other countries, just when you want it.

While using a VPN, you can choose which server you want to connect to. After connecting to one of our VPN servers, your IP address will automatically be replaced by an IP address in the country where the server is located. In addition, thanks to the virtual tunnel you have established, your connection appears to be done through a connection from the chosen country. You can surf anonymously and without restrictions.