Fight against cybercrime: a global agreement signed in Geneva 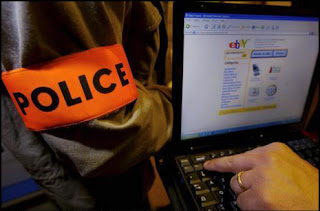 For three days, the discussion revolved around issues relating to cybersecurity, and ‘future actions and strategies to harmonize international cooperation “in this fight, as described in the organization press release. “Cybersecurity is a problem without borders, requiring a global approach and common efforts,” says Brahima Sanou, Director of Development Office of the ITU Telecommunication

This meeting allowed to reach an agreement to establish a “global index cybersecurity”, which will aim to facilitate the sharing of information between member states of the ITU. This will create a “safer environment for all users.”

The agreement between Ghana and the ITU to establish a team of national response to incidents in cyberspace represented another key point of this forum : “Ghana and becomes part of efforts to combat threats in cyberspace that are rooted in Africa,” said a Ghanaian responsible.

Losses to cybercrime are estimated each year to 100 billion dollars. So for you not to be part on the list of the next victims, opt for a VPN. Le VPN allows you to reduce your online movements by replacing your routing information through an anonymized IP address. Also secure DNS servers keep secret queries you make, so that nobody can see your browsing history. Your computer is hidden behind the numerous secured  servers of Le VPN: so, when you are connected to Le VPN, no one can access your computer or your mobile device, without using the protected VPN servers.