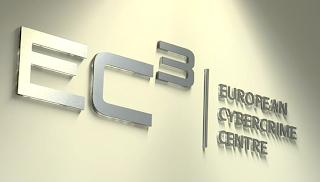 Cybercriminals targeting Europe are now being spotted by a new European Centre called EC3 , which aims at fighting against cybercrime and was officially opened on January 11th , 2013.

The threat of cybercrime goes beyond the borders of individual countries and the European Community has decided to react by creating the European Cybercrime Centre (EC3). « Internet is global, and so is the cybercrime it conveys », says Christian Aghroum, who coordinates a Club of companies security directors called CDSE and one of the key people involved in this project since 2008. We can not be satisfied to see the problem being address on a national level. The set up of this center will make the fight against cybercrime more efficient. It shows the awareness about cybersecurity issues from the European authorities. ”

Entities coordinating the action of the policies of European Member States already exist : they are sharing their experiences within the European Police Office (Europol). The new center is actually hosted by Europol in The Hague, in the Netherlands.

Europe is the region in the world which is the most connected to the Internet and where credit card transactions are the most numerous in the world. Cybersecurity is a critical issue in Europe, where the usage of Internet via broadband is growing.

EC3 has therefore set out to map and track the sources of cyber attacks outside the European Union that threatens several European countries. Its role is to provide national police with advice, technical assistance and information. The new center will focus against bank fraud, financial scams, online pornography, cyber attacks against the infrastructure and piracy vital information systems of the European Union. It should also facilitate R & D in this field, helping to strengthen the capacities of police European services, judges and prosecutors in the field, and will also help in developing reports and disseminate early warnings.

EC3 is funded from the general budget of Europol and should have only 7 million for its operations in 2013 budget of the European Police Office, according to Techcrunch. In the future, the European Commission said it will increase Europol’s budget to ensure that the EC3 can meet reach the level of its ambitions.

Le VPN, which was reviewed as the best European VPN, allows you to fight against the threat of cybercrime and online hackers by protecting your computer, tablet and mobile phone. Thanks to the highly secure VPN tunnel, your data remains private, whether it is about the sites you visit, the forms you fill in or what you upload. Choose a VPN, a simple service for a few dollars per month, not to undergo the next attack of cyber hackers.