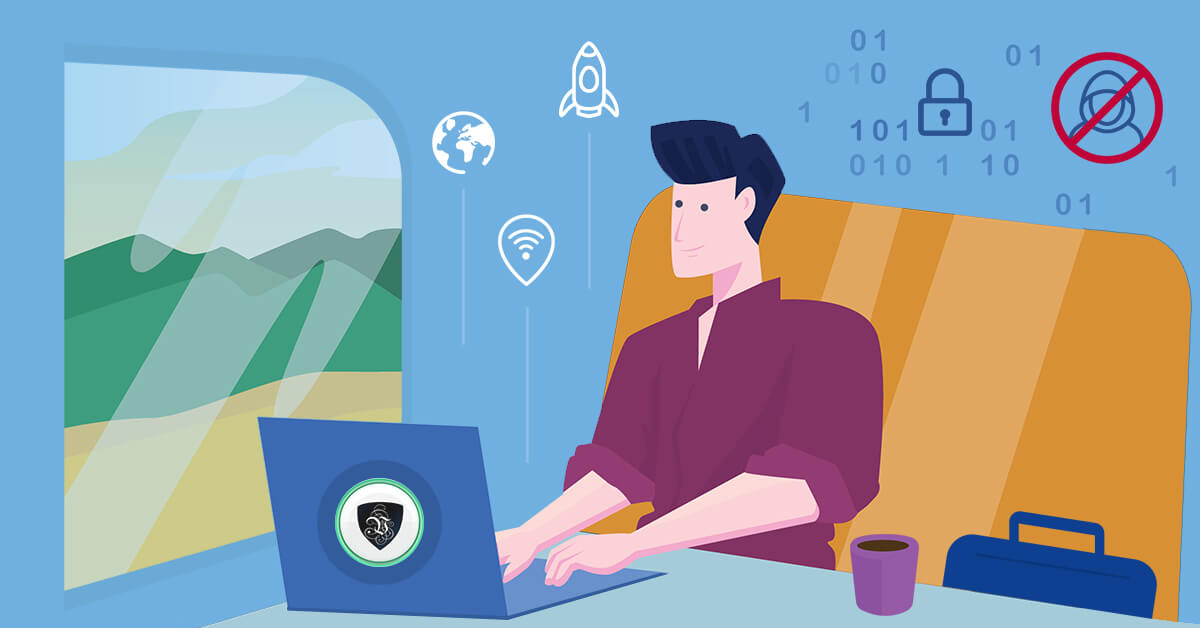 Even though the idea that a VPN would stipple your internet connection can be counted as a misconception, it is not entirely baseless. When calculating does VPN affect Wi-Fi connections, it is necessary to determine the type of the service and the quality.

Three factors will determine the relationship between your regular internet speed and the VPN speed:

A professional service will always be faster than a simple proxy that is usually just a single computer re-routing your connection. That computer will have the same speed as yourself, and if more people use it, they will each get just a part of the bandwidth.

But, with professional VPN providers, the server is no longer the issue. Here, the bandwidth is much higher, and there are multiple servers to choose from.

Finally, premium providers like Le VPN also work on streamlining their encryption speed and making the process less bulky. This takes off the strain from both the device and increases the internet speed.

For connections enabled by such providers, the internet speed will be virtually indistinguishable from the regular speed provided by your ISP. It will never be 100%, but it can come very close.

By all means, yes. But only in the positive sense.

Having such a connection enabled is substantially safer and removes almost all the downsides of using a questionable WiFi connection.

If you are traveling or simply want to use the Wi-Fi in a café or restaurant, it is advised to have your VPN app-enabled at all times. This protection is one of the primary benefits of VPN  and should be used on every device you have.

And, because good VPN software can work silently in the background, there are no downsides to staying protected.

The hardest thing about using a VPN is selecting the server you want to connect through. Because Le VPN has servers in more than 100+ locations, and your internet experience will depend on which one you choose, you will need to scroll for a couple of seconds.

For instance, selecting a VPN connection in Germany will turn your Google Search to German, as well as your YouTube recommendations. This is not necessarily a bad thing, especially when it comes to music.

But once that is done, the VPN service will work unnoticeable in the background every time you use your device. And unless you have chosen a country with a language you don’t usually use, there will be little to notice the VPN software at work.

This can even be done for your entire home or workplace if you want to offer security to your guests, customers, or employees. You can enable VPN routers that will keep everything both safe and without any speed reduction.

Especially when it comes to public connections, the WiFi you select might not belong to the place you are visiting. This type of WiFi security issue is quite unpredictable, and you can come under attack even due to slight negligence.

But, if you have a VPN connection enabled, there is no issue. Due to the encryption, the hacker or spoofer won’t be able to read your information. And such encryptions would be hard to decrypt even by the CIA and NSA, let alone some lone data thief.

Best VPNs are not only secure but also fast. By using a speed test when the app is enabled, you will get roughly 99% of the speed of your ISP and about 10% more ping. For anyone using WiFi, this difference is negligible.

In this case, the VPN does affect WiFi, but in the term that it is making it more stable. Generally, the app won’t allow for a weak connection due to security issues.

Also, a good VPN network connection will have ‘’lean’’ VPN protocols that don’t bulk up the encryption. Using a VPN protocol such as WireGuard or OpenVPN makes everything fast and reliable.

For private single-device VPN offered for free, the lack of security and speed is not because they are trying to scam you. Simply, their device is not capable of offering the same thing as premium services.

But, there are also directly malicious entities that open fake ”free VPN” websites. They are usually doing the very thing they ought to protect from, stealing your data.

In March 2020, it was found that Sensor Tower, a data analysis firm, was forming free VPN apps on iOS and Android to scam users under lockdown from their private information.

‘’No such thing as a free lunch.’’ –  Same in life as in cybersecurity.

Always Have a Kill-Switch

This is one of the most important features to have on your VPN app, especially on mobile devices. This protocol is meant to disable your internet connection the moment your VPN server is not protecting you.

This way, the only time you notice a VPN will be when your protection has ended, and you need to change the server.

Thankfully, this can be done in a couple of seconds over the app.

While a VPN does affect Wi-Fi connections, a good VPN only does so for the better.

Using the best VPNs like Le VPN will allow you to surf safely and without any speed reduction and even offer some extra features.