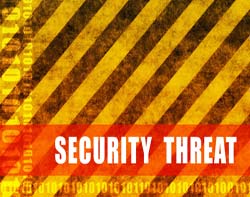 The UK government has signed up a World Economic Forum (WEF) cybercrime initiative, which aims at protecting the growth of global e-commerce. Through signing this WEF Principles on Cyber Resilience, the UK joins more than 70 companies and government bodies across 25 countries which commit themselves in securing digital networks from cyber-attacks. The idea put forward by the WEF is to promote awareness, understanding and action of cyber threats, in order to tackle global cyber risk challenges.

Foreign secretary William Hague said that public and private sector organisations should work together, so as to ensure that business can be conducted in a safe digital environment. “The internet has a critical role to play as an engine and facilitator of economic growth” said Hague.

“Cyberspace must be secure and reliable so that it is trusted as a medium for doing business but at the same time free and open to evolve and innovate naturally,” he added. Governments should therefore support the key role of the private sector in enhancing a trusted and open place to do business everywhere.

“Cyber security is a shared, global challenge – our companies operate in a global marketplace, said Cabinet Office minister for cyber security, Francis Maude. Indeed, cybercrime has no geographical boundaries and it is a crucial matter that business sites cooperating with each other and individuals are also secure. The UK has been very active on the cyber threat topic indeed and cabinet office for cyber security has already invested 650 million for the UK to fight against cybercrime.

Early 2013, the European Union also made moves to create a more cohesive strategy to combat the borderless nature of cybercriminals, by announcing the opening of a European Cybercrime Centre, thus enabling greater collaboration between authorities in member states.

To avoid facing cybercrime, opt for a VPN today. Through its technology, a VPN or Virtual Private Network allows you to establish an encrypted VPN tunnel to a host (or server) on the Internet. You can surf anonymously, without restriction. It is impossible for others to intercept your traffic because of the VPN server. Hence, your Internet activity cannot just be spotted. After activating a VPN, your IP address is automatically replaced by the IP address in the country where your server is based. This almost makes it impossible to track your position and help you to reduce your online traces.