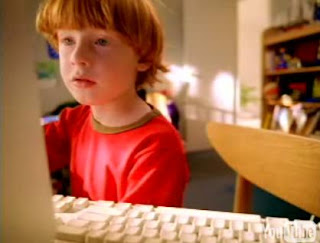 The British government is preparing to launch a major aducation awareness program threats, aimed primarily at consumers and businesses. According to the Guardian, the program should focus on children at school and adults. It aims to raise awareness of the consequences of the publication of personal information on the Internet. The objective would be to develop understanding and attitudes within a year.

This initiative is part of a broader strategy of the British government wants to make information security a major issue in education. The government intends to raise awareness “so that everybody can take simple steps to protect themselves and request for better protection in the use of products and services.”

According to a senior British official, the campaign would educate “very young  children, as one starts surfing on Internet at the age of three or four years. ” As children grow, the campaign would make more explicit the dangers of identity and card fraud”. A rather good form of education.

The government hopes that their campaign will improve the resilience of the UK people towards digital threats in a world that now sees 1.5 million victims of cybercrime every day, according to a recent report from Norton.

And cybercriminals constantly find new modes of operations. There is a new type of hackers composed of professionals who spend their time trying to find vulnerabilities to exploit in any architecture, whether it is a PC or mobile device.

The British government should also realize that the only way to prevent a cyber attack is to try and think with the mind of a hacker, an ordinary person who can observe a system from different perspectives. Companies and governments have actually discovered that it is possible to exploit and target young people’s talents for such peculiar positions. The trend is to hire young hackers because of their knowledge of hacking techniques which they have obtained with practice.

Choose a VPN to prevent yourself from being the next person on the cybercrime case list. A VPN will protect your private life and allow you to surf safely on the Internet, whichever computer, mobile phone or tablet you use.