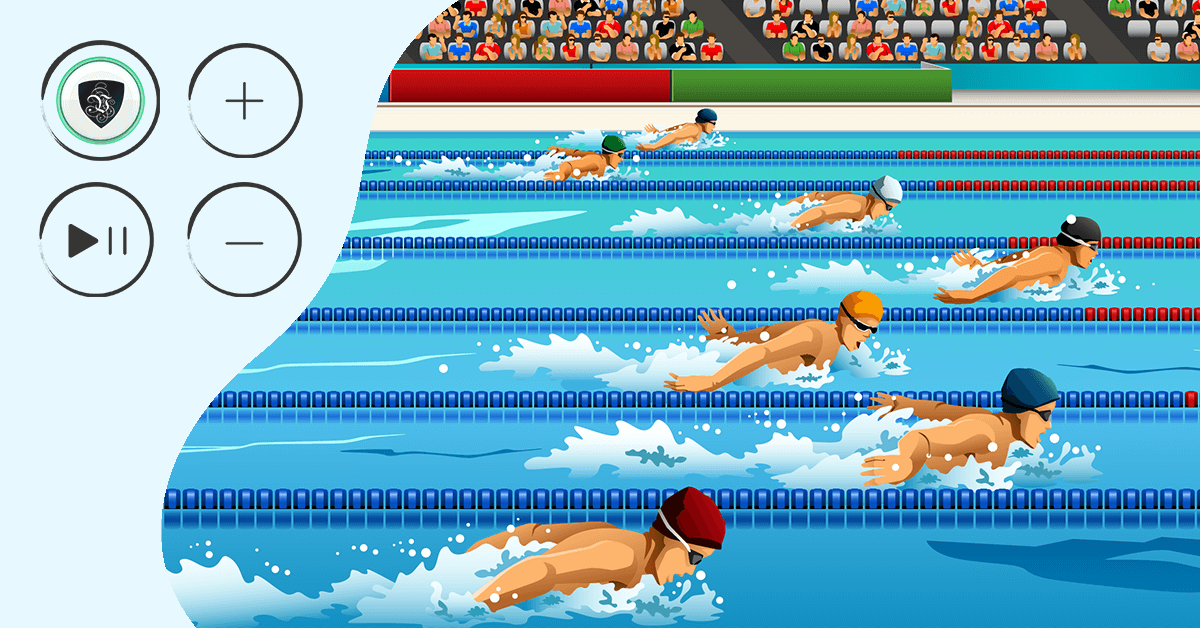 Safe Way to Tune In to the World Aquatics Championships 2022

The international aquatics federation, better known as FINA, has officially announced that the world aquatics championships 2022 will take place after all, but not at the originally scheduled venue in Fukuoka, but in the Hungarian capital, Budapest. The event is expected to start on June 18th and end on July 3rd.

With the prize money for the 19th FINA World Championships being USD 5,720,000, you better believe that the competition is set to feature some all-time great performances and that the competitors will give their best, so fun is guaranteed, whether you will attend the event or if you will follow it on the screen from home.

If we were to say that swimming is one of the most popular sports in the world that millions of people enjoy watching, we would be lying. However, there’s no denying that swimming falls into a separate category of popularity. Why is that so?

Even after being considered a team sport, swimming is still one of the more individual player’s sports as there is an apparent amount of individual work. With many other sports, such as basketball or football, people can watch the whole team for the whole time, but that is not the case with aquatics.

Additionally, as you may already know, swimmers don’t usually appear on billboards or news compared to sports like basketball and football. With that said, it does not come as a surprise that swimming and aquatics, in general, are not so popular a sport.

Nonetheless, whether you want to watch aquatics or NBA online, one thing is the same, you need to add protection to your device. The best way to do that is to use a VPN from reputable providers such as Le VPN.

Sports fans from around the world have one thing in common, supporting their favorite team is imperative. Watching some important games regardless of location is crucial, which is why live streaming platforms are, in some sort of way, their knight in shining armor.

Generally, almost every sport globally now has an online presence, with events live-streamed to a global audience as they happen. This is especially cool when you can’t make it to the event, but you can still easily see your favorite events online from the comfort of your home.

There are a lot of benefits when it comes to livestreaming a sporting event. Some of the main ones include accessibility, simplicity,  cost, and a plethora of sports options. However, perhaps the biggest benefit to this new technological approach is accessibility.

As you may already know, many services and apps give you access to games you might not be able to see otherwise because not every game or match is available in every region.

On the other hand, you are much less endangered when you attend the event in person than when you are virtually following it from the comfort of your home. This is just because there are a lot of dangers online, and, in this particular case, a lot of scammer websites look for a way to get their dirty hands on your sensitive data.

Finally, it’s important to note that nothing is free in life; everything comes with a price. With the wide variety of sports organizations in the world, it does not come as a surprise that many sports organizations have formed partnerships with specific cable or mobile service providers.

So, unfortunately, to access the live streaming content provided by some famous sports organizations, you will need to subscribe to their partnered cable or mobile telecommunications company.

If there’s something that can be said with certainty, it’s that our need for personal protection is almost instinctual, meaning it does not take much to know you need warm clothes if it’s cold outside or that you need a seatbelt to protect yourself from injury. These, among thousands of other measures, are ways we keep ourselves safe in the real world. How about the virtual one?

Generally, there’s no denying that we spend a considerable amount of time surfing the internet, where the basic rules of personal safety also apply. However, perhaps the biggest myth surrounding VPNs is that only special people need to have them.

One of the biggest reasons to keep anonymity online is the threat of becoming a victim of a cybercrime. As digital and unreal as the online world seems, you will realize how real cybercrimes can get if you become a victim of any kind of cybercrime, from cyberbullying and cyberstalking to identity theft and ransomware.

With that being said, whether you want to shop online or tune in to the world aquatics championships, it’s highly recommended to use a VPN all the time.

In general, VPNs are extremely simple yet powerful tools that can be used to do a wide range of things. From accessing your home network or a business network while traveling to bypassing internet censorship and accessing geo-blocked websites, the advantages of VPNs are numerous.

A lot of people are wondering whether they truly need to use a VPN and how bad it can be not to use one. While it is true that it solely depends on one’s digital activities and need for security, the main benefit of using a VPN is and will always be that you are better off with one than without one.

With the plethora of VPNs available, one can feel quite overwhelmed when deciding which one to choose. The truth is there’s no need for one to feel that way; as long as they do thorough research and know what they are looking for in terms of safety and privacy, they will be alright.

At the end of the day, it’s highly recommended to only use a VPN from trustworthy and well-known VPN providers such as Le VPN.