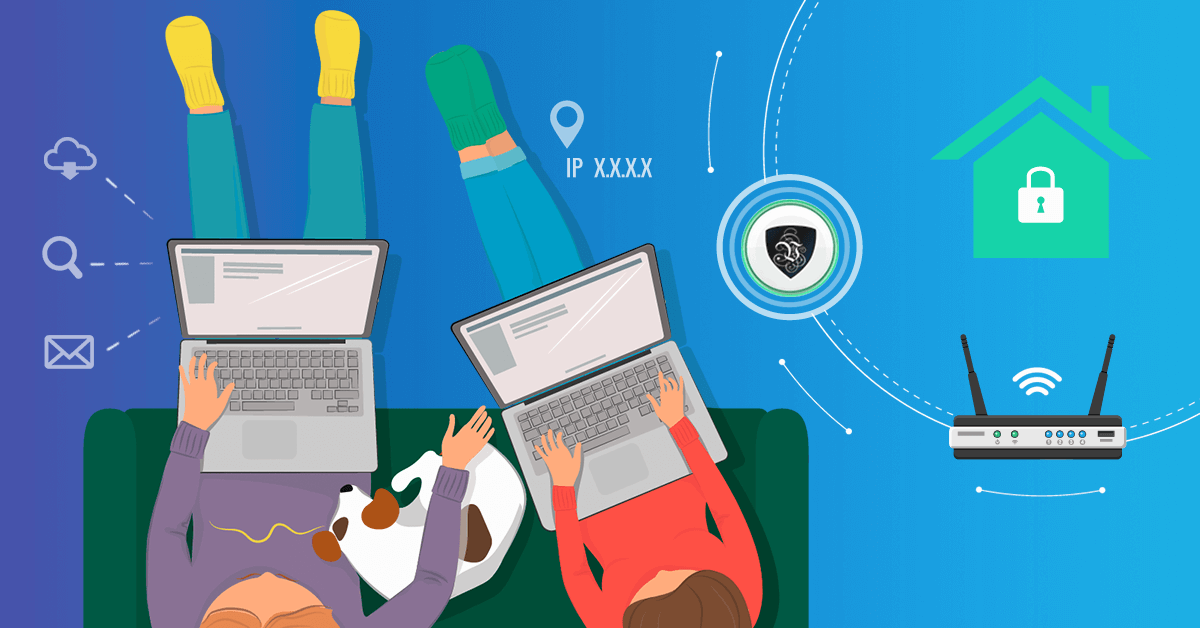 4 Reasons to Use a VPN While Working from Home

With the COVID-19 pandemic still going on, more and more businesses are having their employees work from home to avoid contracting the virus. This allows the enterprise to continue serving its customers while also keeping its workers safe.

It seems like a win-win-win situation. But is it really?

Working from home may pose its own risks as far as cybersecurity is concerned. Employees at home won’t have the same level of cybersecurity as the business premises. A company-trusted VPN may be required to help avoid any cyber attacks.

Why do you need a VPN at home? Below I list down 4 reasons why use a VPN while working from home.

4 Reasons to Use a VPN while Working from Home

You can’t talk about government surveillance without mentioning the NSA (National Security Agency).

News reports and the Snowden leaks have revealed just how broad the NSA’s surveillance apparatus is. This agency was reported to have done everything from accessing local phone records, tapping into overseas internet lines, and even hacking foreign companies around the world.

Through this, the NSA gains access to the online habits, credit card information, emails, conversations, video calls, videos, photos, file transfers, and social networking details of millions of people around the world.

With a VPN, your data becomes encrypted and is less directly traceable back to you. While it may not block all of your government’s attempts to intercept your data, another layer of encryption is never a bad thing.

It’s common knowledge that internet service providers may (and most likely are) monitoring, recording, and selling your online data.

Companies, like AT&T and Verizon, that have links with the NSA monitor and record user data and turn it over to the agency. While this may be old news to some, a fairly recent development adds more cause for concern.

This refers to President Trump’s act of officially handing control of user data to ISPs. In 2017, US President Trump signed a bill that overturned an FCC rule that prohibited ISPs from selling consumer browsing history and other data without their permission. So now, user data isn’t only given to the NSA but sold to the highest bidder as well.

Fortunately, preventing your ISP from monitoring and recording your online data is where a VPN shines. Since your data is encrypted, your ISP won’t know what you’re searching for even if they do know that you’re using a VPN.

Discovered by Mathy Vanhoef of imec-DistriNet in 2017, KRACK (Key Reinstallation Attack) exploits a serious weakness in the WPA2 protocol. This attack technique lets bad actors access data despite it being encrypted. Through KRACK, attackers can not only access your online banking details, login credentials, emails, online and conversations but even photos and a lot more.

It also allows attackers to insert or manipulate data, allowing them to inject ransomware or malware into websites.

These attacks exploit the WPA2 protocol’s 4-way handshake, particularly message 3, since that’s when a client installs a fresh encryption key. A client can receive message 3 multiple times, reusing the same encryption key each time while also resetting the nonce and replay counter. An attacker then collects and replays message 3 retransmissions to reset the nonce thereby letting them attack the encryption protocol.

This attack can be done on any Wi-Fi network and on any platform.

While HTTPS traffic slows down this attack, it doesn’t fully stop it. You slow it down even further by hopping into a secure VPN network.

New devices come out every year, broadening the attack surface. The problem here is that designing devices with security in mind may be too expensive for some or simply impossible for others. This presents a huge threat when you keep in mind the types of devices involved, like smartwatches, pacemakers, crop harvesters, and even construction cranes.

A bad actor who hacks into your home network can then exploit all the devices connected to it. This can include your smart appliances, CCTV system, and even your smart home assistant that controls your alarms and door locks. An attacker can then use these devices to access data from your computer, laptops, and phones.

While a VPN can help secure these devices’ internet connections, there are two problems when trying to do so.

Secondly, not all devices (like pacemakers, garden sprinklers, or thermostats) are compatible with VPNs since you can’t install a VPN on them.

That said, there is a way to circumvent these problems and that’s by installing a VPN directly on your router. As long as data from your IoT devices flows through your VPN router, they should be encrypted and kept secure.

The current pandemic is pushing more and more organizations to have their employees work from home. Unfortunately, people’s homes aren’t as secure as the organization’s premises and may instead jeopardize the operation’s data.

At this time, using a VPN is indispensable to help protect against the NSA’s surveillance, prevent ISPs from monitoring and selling your data, avoid KRACK attacks, and secure your home’s IoT devices.

Robert Mardisalu is the co-founder & editor of TheBestVPN.com, a computer security professional, privacy specialist and cybersecurity writer. He has authored many insightful blogs that help readers to think beyond the surface.