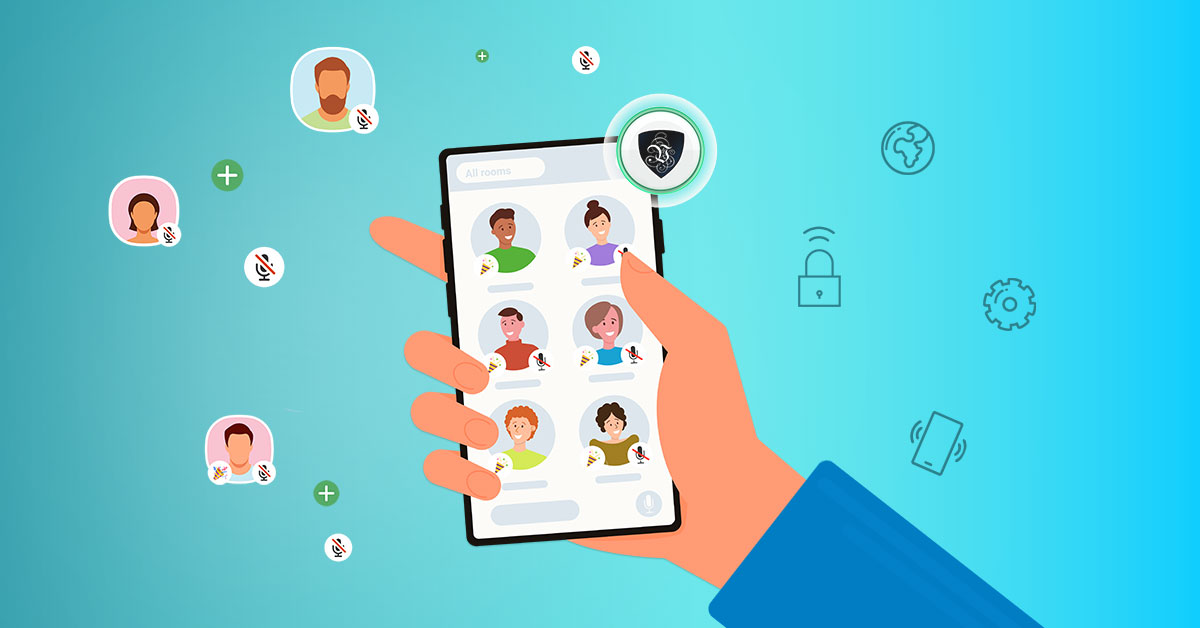 How to Make Your Clubhouse Streamlined with a VPN?

Across the web, Clubhouse is often called the next big thing. But, with relatively few users and an invite-only policy, most still don’t know how it works, both as a platform and internally. Only with a bit of tinkering can we figure out how to streamline our Clubhouse experience and make it more enjoyable.

The biggest draw of the new social media platform is also its most significant issue. The app is a market for conference calls with few extra mechanics. This can be an excellent boost for hanging out with friends and like-minded people, but it also has one significant issue: real-time.

This aspect creates three significant problems that need to be solved if you want to have a good experience:

And the third one is not something we think about a lot on other social media. Even with professionals who try to hit up that sweet SEO optimized ”prime time” on Facebook, Instagram, and Twitter, most people will see the post once they see it, often days after posting it.

With Clubhouse, you need to be online at the moment for the call and have a good connection. This works better with a premium VPN like Le VPN because of where the servers are, which might be improved or changed in the future.

Clubhouse is mixing the old and the new. It is a new genre of social media platform that doesn’t focus on how you look or how well you plan, but rather what you have to say. And unlike Twitter, where you can meme and joke, this is done with your voice and via recommendation.

Once you are invited to the platform, you will be able to search for rooms that interest you. Unless you make your own, you won’t have full control of who speaks, and there is a chance of people speaking over each other in many cases.

But, it is also a place that favorites people who can contribute here and now. In most rooms, you will be able to hear something smart from people who know what they are speaking about.

No Text, No Images

The Clubhouse is voice-only. There is no text, there are no chat-lines, there are no selfies, and everything is instant. This makes it impossible to fake your personality for the online sphere.

The idea is that the only thing you should share our ideas and that the platform is not what you look like or about your edited lifestyle. If you have something smart and interesting to say, there will be people there to listen to you.

Such a choice has open a whole new world of connection where humans interact like humans and not like distorted caricatures distilled for maximum social impact.

Currently, the app is not yet complete, and it is only available for iOS on the app store. This means that those on Android or Windows can’t even make a username now, which may be annoying.

Additionally, many of the mechanics of the platform are still in flux. Actions like muting or hand-waving are still being tested, and the options have changed their positions several times since the app began.

Finally, how the platform is used to its full potential is not yet clear. While there are those attempting to monetize it or utilize it for self-promotion, this is not as easy as with other media, which may change if the developers try to garner broader appeal.

Not to mention that recording conversations or sharing private data by users is against policy and will get you banned from the platform.

This is, at the moment, the biggest issue when it comes to Clubhouse. Because the servers are exclusively in the US, it is hard for those outside of the country to have a stable connection and transmit their voice clearly.

Also, local ISPs might reduce the bandwidth on the app and make the connection clogged even if you are in a big city. In places like LA, it is often hard to connect as you should because a lot of people are using the particular local server.

This is why talking through Clubhouse via a dedicated VPN server is better than just through the regular server. The connection has the same maximum speed, but the absence of lag and distortions makes the experience more enjoyable.

Unlike most types of social media, staying anonymous on Clubhouse is neigh impossible.

Primarily, it is because you can only join it via invite, which is limited to one invite when you just join. And the person you do invite will be tagged as being invited by you, making it important to trust who you are calling.

But, this doesn’t mean that you shouldn’t use a VPN to connect. A premium service solves a different issue than with any other social network, which is connection stability.

While calls don’t use a lot of data to transmit, the fact that you all need to stream all the time does create issues. With a VPN, the system becomes less stressed, and your connection is objectively better.

Clubhouse is a great new platform with a lot of potentials. But, it is not without its flaws and some infant illnesses.

Thankfully, if you are using Le VPN to ensure your connection stability and find rooms with people you can resonate with, it is certain that you will have a good time.