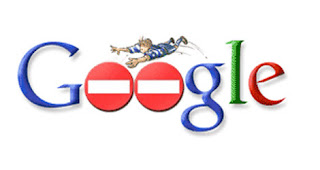 The federal representatives of a mass inspection service in Russia banned Google and put the site as one of the many that supposedly contained prohibited information that was not permitted in the country to browsers of the web. There was also a site that was called blogspot.ru banned because it displayed a lot of info, which included users of Gmail in files on the site. The lists that were put up on the zapret.info.gov.ru site are not the first, not the second but the third time that any information or sites that related to top firms online had been stopped and banned in the country.

A spokesman for the service that conducts the mass media searches in the country, Mr. Vladimir Poikov said that when Google was included as one of the banned sites in the system when the changes took place it was as part of an error, made by a program glitch. Later on at around eleven am Google was removed from the list of sites that had been banned. It was mentioned, however, that one of the sites that Google had did potentially contain in formation that is considered as prohibited, and that they will be checking this more closely.